There are many reasons why a particular song or music album becomes the most popular and highly demanded. Two major reasons are either the beat of the song i.e. the rhythm, the music and all other instruments that produce sound are used into it or it is the lyrics that it the words that the singer is singing what really gets hold of the listener.

The music industry largely produces what people demand trying to keep the lyrics and music in sync so that the song is unique and highly liked among the audience. A much more recent trend that has been observed related to music and the new songs has got to do with the lyrics of the song. This trend is now highly taking its toll.

What is observed nowadays is that any song or album that was released previously and had become famous or highly popular among the audience is used in a manner to devise the new song. So for example the lyrics of one song that is very famous and highly appreciated will be somehow incorporated into new songs especially when the earlier lyrics had a lot of appeal.

But then again the producers largely produce what the audience loves. Same is the case with the word ‘Dangerous’. When you come to think of all the songs that have dangerous in it and wish to list them down it becomes a very tough job because there’s a long list that will end probably decades back. But the intensity and the frequency with which this word is used in songs is largely noticeable and a striking fact.

Dangerous has been used in music with both positive as well as negative connotations. For example David Guetta in his song dangerous talks about the night being dangerous that is it needs to be detained or taken control of since it is probably making the relationship more serious and somewhere where they haven’t been before.

Michael Jackson on the other hand uses the term dangerous for a woman whom he believes to be seducing him and who is smart, clever and very persuasive and bound to do something dangerous to him. But despite knowing that the girl does not seem safe, he is bound to fall for her because he says he loves it because it is dangerous.

An interesting fact about all these songs is that none of them were actually a flop and that all of these including many other than you can find were top songs of their times. The fact being that it appeals to the listener and thus is used again and again.

Here is an example of Dangerous 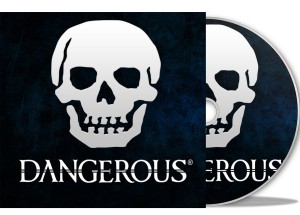